The baby’s cells divide continuously. Even if you do not feel it, he/she quickly develops inside you. So quickly that this week the baby will be 10-14mm and will weigh 1,5 g. His/her head has not stopped growing yet and it is quite bigger than the body and it is still in a position bent towards it. The small heart and the liver take a huge place in this small space. The remaining tiny space is occupied by the wide umbilical cord that will become thinner soon. The other organs of the baby are very small but they already take their particular places. At the end of this week, the stomach of your midget has achieved its final form and it only has to grow on. The urinary system is also available. The primary sex cells are at their places, but the sex of the baby is not clearly outlined yet. You will still have to wonder whether a small beauty or a hansom gentleman will smile to you!

The baby’s face is gradually being formed; the nasal and maxillary inceptions merge together. A small plate from which the teeth will grow later appears. And if his/her eyes have been located at the side until recently, now they become closer. The eye nerve starts its initial development.

Vertebrae are gradually arranged along the spinal cord and take a position to form the spine. Wave-shaped lines are also formed that divide five tiny heights. Even you think they are formless now, they will soon become fluffy fingers. At the same time, the baby’s legs stretch. 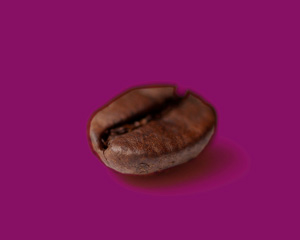 This week the baby is
as big as a coffee bean 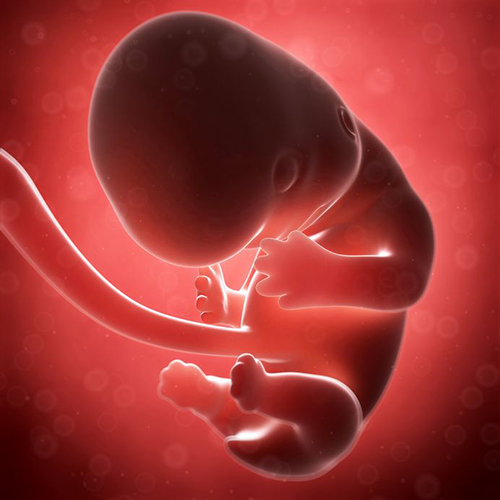 The ovum in which the baby swims expands. It causes the uterine cavity to swell more and more. The so called villi around it gradually disappear. They are still present at the place of the implantation. And namely – in the uterine wall, where they strongly develop, thus establishing the placenta – the defender of the fragile creature for which your body creates a warm sanctuary.

All these hasty modifications your body feels undoubtedly have an impact on you. Morning or all-day nauseas are still torturing you. You are constantly faint and feeling overtired. However unpleasant this entire experience may be, it is considered normal! The only but yet sufficient relief for you may be the fact that all this is an indicator of the normal pregnancy course.

This week you should ...

Get rest whenever you can – Conveniently accommodate you at home. Get some sleep. Take time for you every day – relax and clear your consciousness.

Do not neglect physical activity – When you feel better, practice sport. Attend special courses for pregnant women – exercises or yoga, but do not overstrain. Stop your exercises immediately if you feel tired.

Walk at least 30 minutes – Get used to this useful habit from the very beginning of your pregnancy. Try to make it a pleasant daily grind. This easy way to move is an excellent exercise for tonus and keeping fit and also for blood circulation, peristalsis and relieving stress conditions.