Yes, we know that you have already noticed the disproportionate head of your otherwise small baby. Don’t worry! This is only a period of his/her development. Soon, he/she will look just like you have imagined him/her – fragile and delicate. During this week, however, the brain of your midget increases quite much and undergoes significant modifications. The expansion of the nervous tube continues being developed. As a result, the cerebral hemispheres are formed.

At the end of this week, five primary facial inceptions are formed. The nice dimple that will play the role of a mouth is outlined. Now, it comprises inceptions of the two jaws – upper and lower. Papillae that put the beginning of the sense of smell also appear. The inceptions of a nose and eyes are well noticed.

The heart of the baby already beats with a rhythm that can be clearly perceived by the echography machine. During this week the size of the heart becomes double. The digestive system continues developing – the future stomach is outlined, the liver and the pancreas increase. 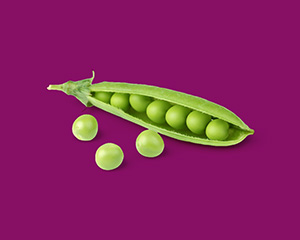 This week the baby is
as big as a pea 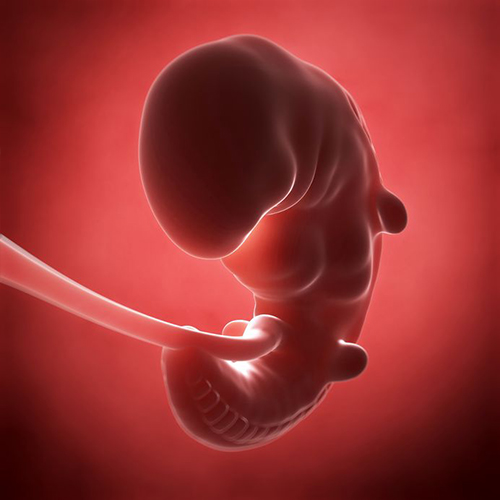 We are sorry to tell you that the unpleasant morning surprises with the nausea continue. From surprises they will even become something usual. This will be the situation at least to the end of the second month of your pregnancy. The good news is that they will become rarer and might even disappear. Usually, you will lose your appetite.

Furthermore, do not worry that your stomach swells. Be ready for the heartburns. Your body is subject to a lot of troubles and they will succeed in making you tired. This causes anxiety and a feeling of weakness, but you do not have a choice – you should fight.

The blood circulation disorders and the increased inflow of blood make you feel your legs heavy.

This week you should ...

Remember how much you love your sweetheart – In this way it will be easier for you to resist the tension that will always make you accuse him for all unpleasant expressions of the pregnancy.

Try to imagine the baby in your arms – Imagine you already hold your beloved creature and feel the warmness of his/her tiny arms in your palm. Despite how worse you feel right now, do not forget that this is only a period that will end soon. And then the best comes!

Change your nutrition regime – Avoid fatty and bitter food that may additionally irritate your stomach.